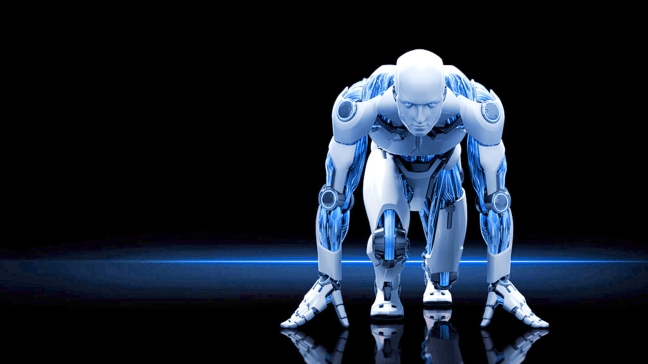 Reflections on the present state of human history

Yuval Harari, professor at the University of Jerusalem and worldwide renowned author of best selling popular history books as ‘Sapiens. A brief history of mankind’, recently has stated that the ‘age of the cyborg has begun’. What however does this mean to us as men and as historic creatures? And: which age actually has ended, yielding ground to the beginning of the new age of the cyborg?

My answer is that nothing less has ended – or is in the process of ending right now – than what I am calling the ‘age of politics’. For the coming of age of the cyborg does not mean anything less than the beginning of a completely new age in human history at all. The common differentiation into the three big ages – antiquity, middle ages, modern period – with this historical turnaround definitely becomes obsolete. Those three ages all together form just what I am calling the age of politics.

I set the beginning of this political age at the turnaround from prehistory to ‘regular’ history, i.e. the beginning of fixed tribal settlement and agriculture at about 10.000 BC. Some millennia after this turnaround, the neolithic period fades out into the bronze age wich is marked by the rise of the first big empires in all over Eurasia, from China to Sumer and finally Egypt at about 3.000 BC. All historical processes in whose light we stand are basically initiated by this historical landmark about five thousand years ago. That is what I call the ‘age of politics’.

The age of politics after a 5.000 years rule has finally ended

This political age now seems to have come eventually to an end. Globalization fundamentally has transformed the common view and understanding of politics. Once an instrument of antagonism between tribes and nations living on different territories and fighting each other for the possession of the most prosperous and best accessible settling places, politics completely have changed their essentials during the 20th century. The epoch of world wars and nuclear warfare has led to a general stalemate of international political competition in the classical sense.

Due to the global network of men implemented by the digital shift, people in all over the world more and more are regarding themselves as children of just one and only tribe, i.e. of mankind at all. Frontiers more and more do no longer exist but on paper, territorial and economic obstacles which once conditioned human existence lose their importance to daily life and by this to humans self regard and see conscience at all.

The age of politics was the age of negativity

The age of politics was dictated by the principles of necessity and violence. Men regarded themselves as surrounded by numerous – physical and political – obstacles on whose overcoming they put most of their intellectual, physical and emotional force. All myths of the occident in particular were myths of violence and fighting, of suffering and its final overcoming.

The unsafe and unstable condition human existence was submitted to in this age not only determined politics, but even more the emotional access of men towards world and living. Challenges mainly were considered as insuperable obstacles imposed on men by god or higher powers which were to overcome only by miraculous power in return. The intellectual experience of negativity which stands at the beginning of ‘modern’, post-neolithic nation building thus romanticized man’s entire view of the world. The age of politics thus became the age of romanticism, too.

The age of politics was the age of romanticism, too

Romanticism soon infiltrated all spheres of human life and culture. From the Gilgamesh epos to Romeo & Juliet, romanticism dominated human imagination of both politics and love, i.e. the two essential areas of human self-development. Life was considered as an endless struggle against incalculable and imponderable powers, in political as in private life. Thus, the figure of the tragic hero became the role model of this entire age, from Gilgamesh himself to the late period of 19th century manliness with its specific mixture of mightiness and depression.

The industrial shift of the past 200 years which was originated by the rise of sciences during the early modern period the two centuries before transformed this disposition of human mind to the ground. Mankind slowly but continuously left the stage of romanticism and negativism and stepped forward towards the level of its full emancipation. Fear and doubt, two basic sentiments of human mind which had been enormously vivid during the history of ideas from the late middle ages until the pre world war 1 era, successively ceased to exert their domination on human mind. Instead, man started to expand economically and scientifically beyond the bounds until then seemingly fix and insuperable nature had set.

The 20th century thus became the age of space travel and computer technology. Shadowed by the vicissitudes of world war 2, both technologies spread their wings and turned out to be the decisive culture techniques of our time. Man started to leave behind the state of dependency and weakness and lifted up to new, unknown spheres, inside himself as well as outside, regarding his affective household likewise his grip on political relations and economic and scientific opportunities.

Thus, the triumph march of the cyborg is scripted already in the middle of the 20th century, immediately in the aftermath of the age of world wars. Besides classical politics which continue to play their traditional role, economy gains an until then unknown weight. Nowadays, it’s economy and no longer politics which most determines human self-development and human self-positioning in the world. Globalization and digital change have unleashed an unrestrained sense of personal freedom in each of us. In consequence, there are no more nations, but only one common and consistent mankind split up on different territorial positions – positions which can more and more easily be overcome by the means of modern tourism and job migration.

Our traditional – and particular european – view on history is fundamentally transformed. Sooner or later we will get used to look on history no longer as on a chain starting in the antiquity and leading via the middle ages to the so called modern period. Quite differently, we will start to differentiate between the prehistoric age (which widely is coincident with the stone age, i.e. the age of man as hunter-gatherer), the age of politics with a total duration of ca. 5.000 years staring with the big empires and ending with the cold war and the age of the cyborg whose birth process we are just witnessing.

Our view on history will be redefined

The age of the cyborg politically will no longer be determined by inner-earth relations, but by relations between earth and the extraterrestrial sphere as well as by relations between the global population and the globe itself. The real and most essential meaning of globalization is that whatever is concerned, is – or will be – concerned in the light of the entire globe, of earth and of mankind itself, and no longer in the light of a particular part of this mankind.

The green wave which is rooted politically in the civil right movements of the mid-20th century, ideologically though in the progressive movements of the early 20th century, has given the process of globalization the decisive drive and necessary framework. Economy soon will succeed with the redefinition of work and income, a process which, too, has already been kicked off and is getting the faster the faster working life, production chains and supply channels themselves are transformed by globalization and digital shift.

We therefore are entering an entirely new age, an age where politics will no longer be determined by the pursuit of advantages in the access to survival resources, but where politics will be ‘bio politics’, as Michael Hardt and Antonio Negri have called it in ‘Empire’, however not in the original negative meaning, but in affirmative sound, referring to the bio-logic as the logic of the new age.

This bio-logic will – or rather already has – successively replace the traditional, negativitarian onto-logic which had been dominating the age of politics, i.e. human history for the last five thousand years. The age of existentialist negativity has come to an end. The age of active re-creating nature by man as natures’s most extravagant creature is about to start.